A Brief History of the Church of England

The roots of the Church of England go back to the time of the Roman Empire when a Christian church came into existence in what was then the Roman province of Britain. The early Christian writers Tertullian and Origen mention the existence of a British church in the third century AD and in the fourth century British bishops attended a number of the great councils of the Church such as the Council of Arles in 314 and the Council of Rimini in 359. The first member of the British church whom we know by name is St Alban, who, tradition tells us, was martyred for his faith on the spot where St Albans Abbey now stands.

The British church was a missionary church with figures such as St Illtud, St Ninian and St Patrick evangelising in Wales, Scotland and Ireland, but the invasions by the pagan Angles, Saxons and Jutes in the fifth century seem to have destroyed the organisation of the church in much of what is now England. In 597 a mission sent by Pope Gregory the Great and led by St Augustine of Canterbury landed in Kent to begin the work of converting these pagan peoples. What eventually became known as the Church of England (the Ecclesia Anglicana – or the English Church) was the result of a combination of three streams of Christianity, the Roman tradition of St Augustine and his successors, the remnants of the old Romano-British church and the Celtic tradition coming down from Scotland and associated with people like St Aidan and St Cuthbert.

These three streams came together as a result of increasing mutual contact and a number of local synods, of which the Synod of Whitby in 664 has traditionally been seen as the most important. The result was an English Church, led by the two Archbishops of Canterbury and York, that was fully assimilated into the mainstream of the Christian Church of the west. This meant that it was influenced by the wider development of the Western Christian tradition in matters such as theology, liturgy, church architecture, and the development of monasticism. It also meant that until the Reformation in the 16th century the Church of England acknowledged the authority of the Pope.

At the Reformation the Western Church became divided between those who continued to accept Papal authority and the various Protestant churches that repudiated it. The Church of England was among the churches that broke with Rome. The catalyst for this decision was the refusal of the Pope to annul the marriage of Henry VIII and Catherine of Aragon, but underlying this was a Tudor nationalist belief that authority over the English Church properly belonged to the English monarchy. In the reign of Henry’s son Edward VI the Church of England underwent further reformation, driven by the conviction that the theology being developed by the theologians of the Protestant Reformation was more faithful to the teaching of the Bible and the Early Church than the teaching of those who continued to support the Pope.

In the reign of Mary Tudor the Church of England once again submitted to Papal authority. However, this policy was reversed when Elizabeth I came to the throne in 1558.

The religious settlement that eventually emerged in the reign of Elizabeth gave the Church of England the distinctive identity that it has retained to this day. It resulted in a Church that consciously retained a large amount of continuity with the Church of the Patristic and Medieval periods in terms of its use of the catholic creeds, its pattern of ministry, its buildings and aspects of its liturgy, but which also embodied Protestant insights in its theology and in the overall shape of its liturgical practice. The way that this is often expressed is by saying that the Church of England is both ‘catholic and reformed.’

At the end of the 16th century Richard Hooker produced the classic defence of the Elizabethan settlement in his Of the Laws of Ecclesiastical Polity, a work which sought to defend the Church of England against its Puritan critics who wanted further changes to make the Church of England more like the churches of Geneva or Scotland.

In the 17th century continuing tensions within the Church of England over theological and liturgical issues were among the factors that led to the English Civil War. The Church was associated with the losing Royalist side and during the period of the Commonwealth from 1649-1660 its bishops were abolished and its prayer book, the Book of Common Prayer, was banned. With the restoration of the monarchy in 1660 this situation was reversed and in 1662 those clergy who could not accept this decision were forced to leave their posts. These dissenting clergy and their congregations were then persecuted until 1689 when the Toleration Act gave legal existence to those Protestant groups outside the Church of England who accepted the doctrine of the Trinity.

The settlement of 1689 has remained the basis of the constitutional position of the Church of England ever since, a constitutional position in which the Church of England has remained the established Church with a range of particular legal privileges and responsibilities, but with ever increasing religious and civil rights being granted to other Christians, those of other faiths and those professing no faith at all.

As well as being the established Church in England, the Church of England has also become the mother church of the Anglican Communion, a group of separate churches that are in communion with the Archbishop of Canterbury and for whom he is the focus of unity.

The history of the Church of England from the 18th century onwards has been enriched by the co-existence within it of three broad traditions, the Evangelical, the Catholic and the Liberal.

It should be noted that these three traditions have not existed in strict isolation. Both in the case of individuals and in the case of the Church as a whole, influences from all three traditions have overlapped in a whole variety of different ways. It also needs to be noted that since the 1960’s a fourth influence, the Charismatic movement, has become increasingly important. This has emphasized the importance of the Church being open to renewal through the work of the Holy Spirit. Its roots lie in Evangelicalism but it has influenced people from a variety of different traditions.

A Church committed to mission and unity

From the 18th century onwards the Church of England has also been faced with a number of challenges that it continues to face today.

As this brief account has shown, the changes that have taken place in the Church of England over the centuries have been many and various. What has remained constant, however, has been the Church’s commitment to the faith ‘uniquely revealed in the Holy Scriptures and set forth in the catholic creeds,’ its maintenance of the traditional three fold order of ministry, and its determination to bring the grace of God to the whole nation through word and sacrament in the power of the Holy Spirit. 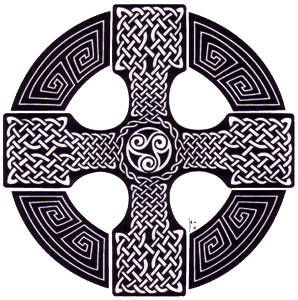 A Brief History of the Scottish Episcopal Church

Some churches within the Anglican Communion are called Episcopalian. These churches (such as the USA) derive from the Scottish Episcopal Church. The Scottish Church is as old as the English Church but has a very different history.

The roots of Scottish Christianity go back to St. Ninian who arrive at Whithorn in 397 and founded the first church. St Columba, who was more successful in establishing Christianity, arrived on the Isle of Iona in 563.

After the Reformation, the Episcopal Church was the established Church of Scotland. The Church remained Catholic in its theology and form and refused to subscribe to the Revised Prayer Book of 1552 and did not have the 39 Articles. The overwhelming majority of Protestant sympathisers led to its disestablished and replacement by the Presbyterian Church in 1689. The English brought harsh Penal statutes to bear from 1746 to 1792. These were meant to further weaken the Church as punishment for the support for the Risings of 1715 and 1745 to restore the Royal House of Stuart to the Throne. Yet in spite of the persecution and small numbers the Bishops maintained continuity.

In 1794 in Aberdeen, the Scottish Church consecrated the first Bishop of the American Church, Samuel Seabury, whom the English Bishops had refused to consecrate after the Revolutionary War. Thus the Scottish Church gave birth to what would become  the Anglican Communion. It also added a stream of Anglicanism that did not subscribe to the 39 Articles, the reforms of the Second Prayer Book, was High Church from the beginning, and independent and non establishment in character.

There was rapid growth in the Scottish Episcopal Church in the nineteenth century due to influence by the Oxford Movement.